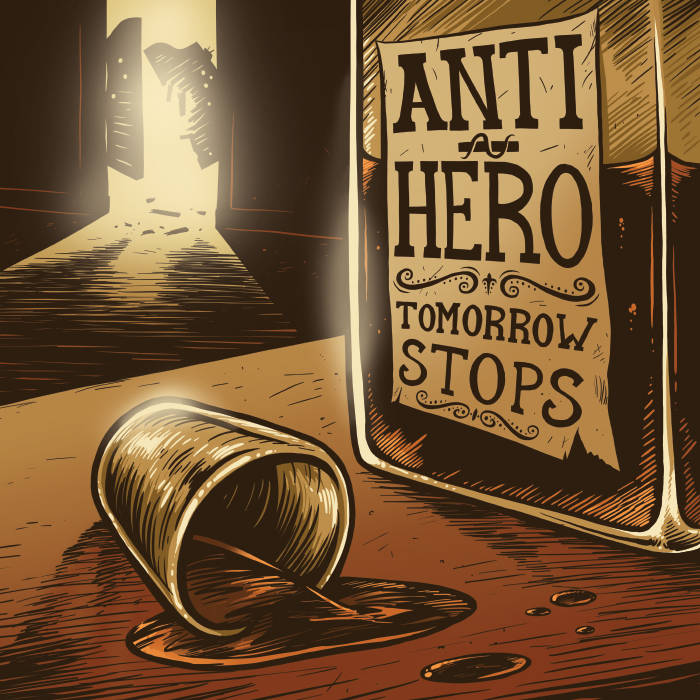 The American West, circa the mid-late 1800’s. Well, at least how the Italians thought of it in 1966 anyways.

Hot off my recent discovery of vintage sci fi films and their music, sometime in 2012 I began a love affair with the Spaghetti Western concept. Specifically the ‘Dollars’ trilogy brought to us by director Sergio Leone and composer Ennio Morricone. The look, feel, and sound of those movies was and still is captivating to every sense. They were gritty, dramatic and the best part - kinda odd and a little goofy. In particular the scores the Morricone composed. He literally invented a genre. A classically trained composer with a passion for alternative orchestration. Very comfortably mixing traditional orchestral instruments (strings/brass/winds) with guitars, drum kits, strange percussion and voices only singing syllables. His work on these films really started to open my mind to….thinking outside fo the box. I can do whatever I want!!

Naturally, I had to come up with an album. Not having an actual movie to score to is fine. I have an imagination. I decided to focus on the Anti-hero character. The asshole selfish loner stuck in his own ways, refusing change. He only helps others to help himself. But where did he come from? What made this man? Well, I’m not sure if I answered it correctly, but the music reflects a peaceful way of life obliterated and man bent on self destruction as he escapes human feeling.

The production of this album was extremely frustrating. My lack of patience with various stages made it (and probably me - sorry, my lovely wife!) kind of unbearable. Ahhhhh being 29 years old. My struggle with utilizing technology from opposite ends of the spectrum was becoming an obsession. I wanted full analog sound at a computer keystroke. At my house. Guess what, that shit costs $$$$$. A zillion compromises later, I somehow got what I [mostly] wanted. This album features guitars, real drums, Rhodes, an actual real live flute player (I still LOVE you for this Nicole!), and a single vintage synth, the Korg MS-20. This production also marks my entrance into experimenting with unintended percussion instruments and weird orchestration. Prepared piano on a broken piano harp. Layering multiple drum kit performances to create…well, pure chaos. Non-musical sound design with a synth (wind, steam locomtive sounds). Non musical sound design with a flute; layering atonal pitches as a train whistle.

My pal Jeremy was instrumental in providing concept content and even a piece of music! Jason My-favorite-drummer-in-world Ingalls took over the kit for this album. Todd fixed my shitty vibraphone playing by replacing it with his far superior takes. Pat saved my ass (again) from learning how to master myself with his beautiful ears. Jaw dropping art by Gavin (unreal).

All material composed and produced by Nate Johnson, except track 3: composed by Jeremy Smith

Bandcamp Daily  your guide to the world of Bandcamp

Featuring Oakland sounds from the Smart Bomb collective and Samplelov.